We are thrilled and proud to  be working with André Landzaat.

For the past 40 years, André has worked as an actor in Los Angeles and New York. He has worked this last 20 years for the Actors Studio and the Lee Strasberg Institute. He is one of their most respected teachers.
André is native Dutch born and we welcome him home, and are honoured to have him work with us.  André is an excellent teacher, and mentor.

Everyone who studies with him makes vast improvement. He has the ability to find the actor’s adventurous spirit and helps free their creative instincts.  Martin Landau, Academy Award winner for Bela Lugosi in “Ed Wood.”

André Landzaat worked with Lee Strasberg himself at his private classes at Carnegie Hall in New York City. He is a lifetime member of the Actors Studio, where he shared work with Shelley Winters, Robert de Niro and Al Pacino. Other teachers he learned from included Ives Furet in Paris, Peggy Feury and Warren Robertson in New York. He is also a member of Theatre West where he attended the musical workshop with his good friend Betty Garrett.

At the Actors Studio he worked on a documentary of Maximilian Schell, where he played Rolfe in “Judgment at Nuremberg.” He taught method acting at the Lee Strasberg Theatre and Film Institute and conducted Master Classes in many cities throughout Europe. He appears in a documentary “Don’t Talk About The Method,” by Robert Alan Ackerman and a documentary by Nima Ameli called, “What Is Method Acting Really About.”

He received a Soap Opera Award for portraying the character of Tony Cassadine on “General Hospital.” 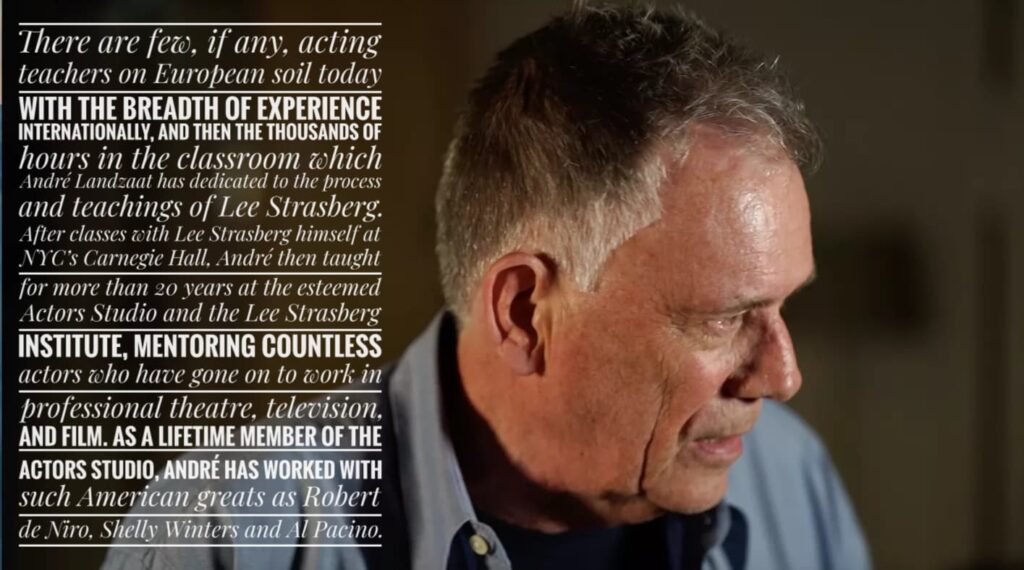