The Acting Class for Absolute Beginners 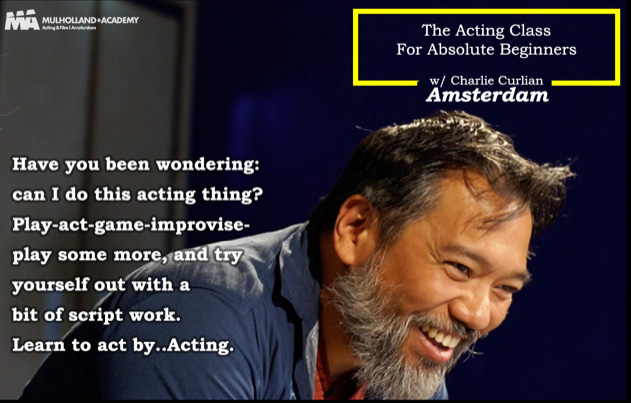 The Acting Class For Absolute Beginners

Have you been wondering… “can I get up, play at things, act as though I am somebody else… comedically, dramatically? Can I do this acting thing… at least a little bit?”

Is there a curiosity to try it, test yourself out and kick up a little excitement for trying?

Come, drop in for a cycle of weekly classes, to play-act-game-improvise-play some more. Give it a go. Learn what it is to “act” by… Acting.

This class is specifically designed for the complete, absolute beginner. It can be a spring board to experience a sense of the kind of playing actors do to begin to understand how one might get better at it. Though, the class is also offered in a way that just allows you to come and leap into exercises and role playing in a very loose and non stressful way. Weekly, we work with some structure, and then just try to enjoy the ride..see what all of us can create together.

We will do a bit of script work too… you taking on only what you can handle.

You’ll be in the capable hands of award winning actor Charlie Curilan who has performed in The Netherlands and Internationally in film, dramatic stage works, musicals, commercials, and television.

Pay the Registration Fee to secure a place on the course.
Pay the Final Fee before the Course begins.